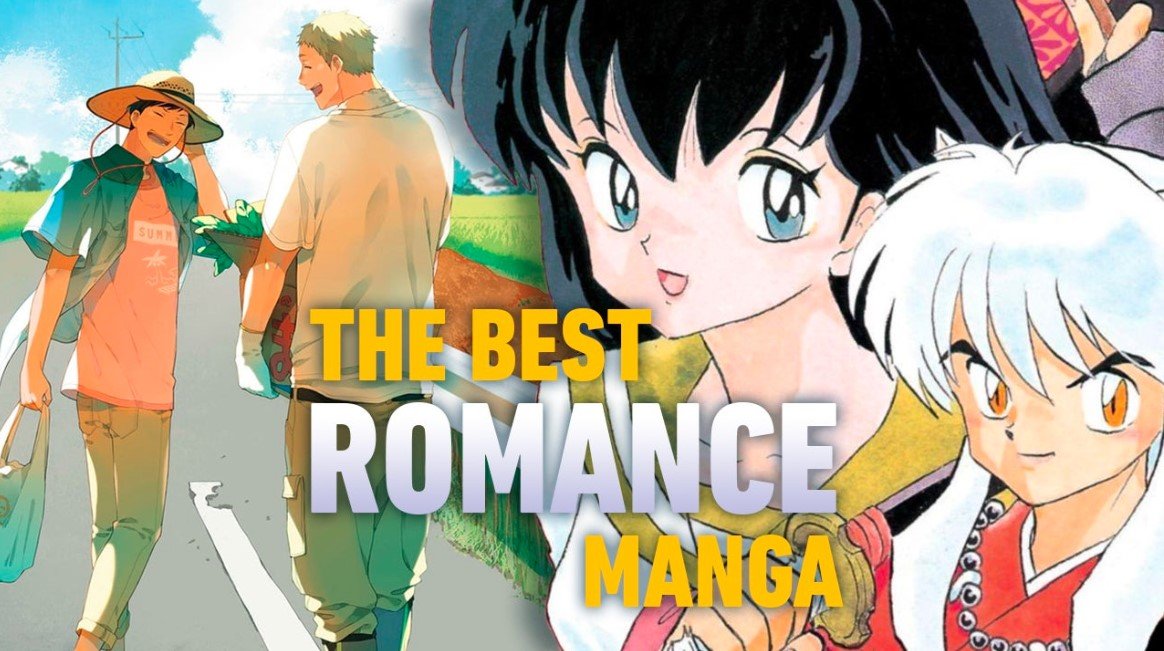 Fruits Basket is one of the best romance manga for beginners to read online, and is a great starting point for those who are looking to explore this genre. Fruits Basket follows Tohru Honda, a teenage girl who finds herself living with the mysterious Sohma family. The Sohmas have a secret they’ve been keeping hidden from the world; when members of the family are hugged by someone of the opposite sex, they transform into animals of the Chinese Zodiac. As Tohru delves deeper into the secrets of the Sohma family and begins to get to know its members, her life will never be the same again. GManga has digital copies of all 23 volumes of Fruits Basket available for purchase on their website. Fans of the series can find it in both English and Japanese and each volume is packed with exciting content. From beautiful art and drama to fun characters and heart-warming romance, Fruits Basket has it all and is a must-read for any romance manga fan.

Ouran High School Host Club is an anime classic that has been entertaining viewers for over a decade. It’s a story of Haruhi Fujioka, an ordinary student who stumbles into the world of the prestigious Ouran Academy. The Host Club, a group of handsome boys dedicated to entertaining female guests, is where Haruhi finds herself.

The story of Ouran High School Host Club follows Haruhi’s journey as she learns more about the lives of the Host Club members and develops a close bond with them. This manga is full of humor, romance, and heart-warming moments that make it a great read for anyone looking for a light-hearted romantic comedy.

GManga offers a digital version of Ouran High School Host Club so readers can enjoy the entire series in one convenient format. Whether you’re a fan of the original anime or a new reader looking for an introduction to this classic manga, GManga has all the volumes available for purchase or rental.

Boys Over Flowers, or Hana Yori Dango, is a classic shoujo manga series written and illustrated by Yoko Kamio. It follows the life of Makino Tsukushi, a poor yet hardworking student who gets accepted into the prestigious Eitoku Academy. At the school, she runs into the four most popular and wealthy boys known as the F4—Dōmyōji Tsukasa, Hanazawa Rui, Nishikado Sōjirō, and Mimasaka Akira.

The story follows Makino’s journey as she finds herself caught up in the drama and romance between the F4 and her own family’s struggle to make ends meet. In the end, her determination and courage allow her to win their respect and make her mark on their lives.

For many readers, Boys Over Flowers is one of the most iconic shoujo series. It is an ideal starting point for beginners looking for an entry into romance manga. With its heart-pounding plot, captivating characters, and strong messages about friendship and love, this manga is sure to be a hit for any new reader.

Kimi ni Todoke is a popular romance manga series by Karuho Shiina that follows the story of Sawako Kuronuma, a shy high school girl with a face that frightens her classmates. As a result, she is often misunderstood and struggles to make friends. However, her life takes a turn when the most popular boy in school, Shouta Kazehaya, takes an interest in her. The two become close and develop a strong friendship that eventually blossoms into something more.

The series has been praised for its realistic depiction of teenage emotions, from social anxiety to budding love. With beautiful artwork and captivating characters, Kimi ni Todoke is sure to tug on your heartstrings. Whether you’re a fan of romance manga or just looking for something new to read, this series is a great choice for beginners.

NANA is an incredibly popular and well-loved romance manga. It follows the life of two women, both named Nana, as they move to Tokyo and become roommates. Both of them are searching for true love and romance in the bustling metropolis, and the story follows their journey as they grow together.

Nana K. is a punk rocker who is determined to make it big in Tokyo, and Nana O. is a shy fashion designer trying to find her place in the world. Throughout the series, readers will experience all kinds of emotions as the two Nanas go through various romantic entanglements with different people. As their lives become increasingly intertwined, their stories become more and more heartfelt.

The artwork in NANA is beautiful and detailed, and each page has a unique style that captures the emotion of every scene. The story is a roller coaster of emotions, with plenty of laughs and tears along the way. If you’re looking for a manga that will make you laugh, cry, and fall in love with its characters, then NANA is definitely one to check out.

Skip Beat! is a romance manga series written and illustrated by Yoshiki Nakamura. It follows the story of Kyoko Mogami, a hardworking girl who has been supporting her childhood friend and love interest, Shotaro Fuwa, since they were children. When she discovers he only used her to get close to her wealthy family, Kyoko swears revenge and enters the showbiz industry to surpass him. With the help of her newfound friends, Kyoko overcomes numerous obstacles to eventually make her dream of becoming an actress come true.

Skip Beat! is an exciting manga series that introduces readers to the world of showbiz and celebrity culture. It offers an interesting perspective on love and relationships, as Kyoko learns how to navigate this world and make her own decisions about who she loves and who she doesn’t. The characters are memorable and will capture the hearts of readers as they cheer for Kyoko’s success and fall in love with the new people she meets along the way. Whether you’re new to romance manga or a seasoned fan, Skip Beat! is a must-read for any manga reader looking for a great story filled with heart-warming moments and plenty of drama.

Glasslip is a shoujo manga by Mizu Sahara that tells the story of Touko Fukami, an aspiring glass artist who begins to see strange visions of the future. Touko is joined by four other main characters as they experience a coming of age story filled with romance and drama.

The series is centered around Touko’s relationship with her group of friends, specifically Kakeru Okikura, Yanagi Takayama, Sachi Nagamiya, and Yuki Fukami. The group has a strong bond, but their friendship is tested when Touko begins seeing these visions of the future. Each of the characters faces a unique struggle, making Glasslip an emotional journey for all.

Although Touko’s visions give her insight into the future, they also cause her great distress as they are often accompanied by fear and guilt. As the story progresses, she learns to cope with her newfound ability and learns to trust in her own decisions.

The romance in Glasslip is subtle and satisfying, as it focuses on the dynamics between the characters and their feelings for one another. From Kakeru’s admiration for Touko to Yanagi’s jealousy of her ability, readers will be drawn in by the complex relationships between the cast.

Glasslip is a captivating manga series that will appeal to readers who are looking for a romantic story that touches on supernatural elements. Its unique blend of fantasy and drama will keep readers engaged until the very end.