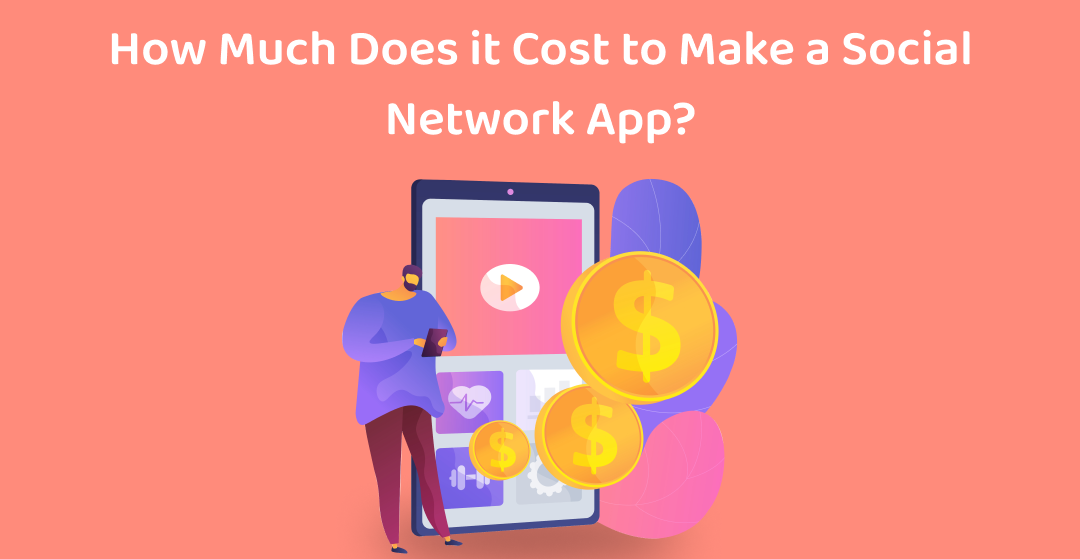 They have also kept on growing from websites into multi-platform services. Additionally, although developing Facebook-like software is simple, attracting 2 billion users takes time and effort. It’s almost impossible. But why is it so challenging to turn a new social media platform into a lucrative venture?

The solution is clear. It is the benefit that the user receives from your application. The relationships individuals establish and maintain with the aid of social media are where social media’s value lies. Continue reading if you still want to a mobile social networking app development.

This post will explain how to create a social networking application, where to start, and how much the MVP will cost.

LET’S BEGIN WITH THE FOLLOWING:

Users often work using the same applications they use daily. It is particularly true when discussing social media. Naturally, some people may download the new app only out of curiosity. Still, people only use bare-bones Facebook when they already have the original with friends and acquaintances.

Your plan needs a solid foundation to flourish. Instead of attempting to reach everyone on the earth, concentrate on a specific target demographic and research its requirements. There are still many niches up for grabs, even though the worldwide market leaders have already been selected.

An average user Utilises between 9 and 10 applications every day.

“To iOS or Android?” is the age-old problem that plagues all startups.

The target audience determines the platform you choose for social networking app development.

For instance, compared to iOS’s 17.7% global market share, Android has a market share of 80.7%. Despite this, Apple has a devoted customer base that is often more willing to try novelty goods. Additionally, iOS apps still generate twice as much money.

An Android app requires more time and money to produce while having a relatively straightforward launch procedure and more considerable advertising earnings. Additionally, making sure that the programme is the same across all Android devices is pretty annoying.

Please ensure new users may register for a personal account using their email address or an active social media account when you introduce them to the programme. Using social media is MVP’s most time-consuming course of action.

However, it depends on how you feel about linking a social networking platform not owned by you to your app. If you are creating a specialized app, nothing terrible will happen. However, setting for a social media integration is a no-go if you want to outpace Facebook and its friends.

It will take around 50 hours to set up the authorization.

Users should have the option to add, update, and delete the data they provide, such as their profile picture, birth date, hobbies, and favorite items.

75 hours were required to implement a User Profile function.

The user must have a page that displays their personal information, has all uploaded material, and contains the most recent modifications in addition to having a personal profile.

Social media platforms are all about showcasing originality and personality via text, picture, video, or audio updates. Therefore, the most significant aspect of any social network is publishing.

It will take roughly 60 hours to implement posting.

The ability of a social media programme to facilitate conversation among its user base is another crucial feature. Making comments, commenting on postings, and liking or disliking material encourage user engagement.

The likelihood of winning over the audience will rise by including facilities for tagging a discussion partner, uploading media assets to the reply, or reposting anything.

The 75-hour feedback function is required.

When users launch the programme, the feed is the first thing they see. Users need to be able to publish updates, evaluate the most recent news, leave comments and likes, and perform other functions here as it occupies the primary screen.

Every piece is carefully positioned by our team so that it fits within the boundaries of the application’s design. We strive to provide outstanding and reliable user experiences.

One of the tasks that take the most time—nearly 110 hours—is the news feed.

A messaging option for an MVP might be set up similarly to texting. As the app acquires users, you may start adding stickers, GIFs, and other interaction stuff later.

More than strutting their stuff with others, folks like meeting others with similar interests. Any social network has a unique quality that lets users organize events or join groups.

60 hours are needed to create communities and events.

People will want to know who else uses your app as it gains more and more user engagement. Give customers the option to search for people based on name, age, location, hobbies, and any other criteria you deem relevant.

A feature like advanced search requires 110 hours of development and is highly labor-intensive.

Make the app multilingual only if you want to remain inside the confines of your country of origin. However, keep in mind that Europe and the Asia-Pacific area account for a large number of consumers if you want to access the worldwide market. Your visibility in international markets will be restricted if your app is available exclusively in English, which will lower your market share globally.

Early in developing an application, localization should be taken into account since the design largely depends on the app’s content. The terms’ lifespan, grammar, syntax, and punctuation vary across languages. Therefore, ensure the design is adaptable enough to create a cohesive and stylish app.

The pogramme will need to be beta-tested with the assistance of a chosen user base after the MVP is finished. The target audience must have the bare minimum of features in order to evaluate the minimal viable product.

You may save time and money by developing the social media software from a prototype to an MVP before turning it into a final good. You may correct and complete the product after getting feedback. We will fill in the blanks and enhance the user experience.

It is important to remember that testing is a continuous activity. You’ll keep releasing upgrades to correspond with cutting-edge gadgets and operating systems.

It would help if you didn’t undervalue social networking app development. Nearly everyone who tries to unseat the market leaders of today fails. Yes, there have been several ambitious startups that have taken the globe by storm and shot to the top. Tey that occurred as a result of the introduction of a novel, valuable product. Users don’t need another Facebook or Twitter clone. Study your audience before coming up with anything novel. You’ll know what to do once the user is your priority.